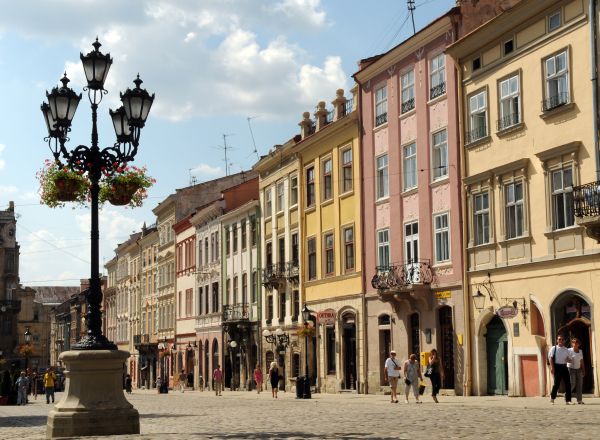 Lviv is situated in the western part of Ukraine just 70 km from the EU border and 160 km from the eastern Carpathian Mountains.

Population — 757,500 people. It is the 7th largest Ukrainian city in terms of population.

The first record of Lviv as a city was made in chronicles in 1256.

Founder of Lviv — King Danylo Halytskyi, who named the city in honor of his son Lev.

The cultural capital of Ukraine. The historic city center (120 ha) is on the UNESCO World Heritage List. The city has unique architecture preserved throughout the centuries. In 2015 Lviv gained the title of “Lviv – city of literature”

Lviv has the fame of being number one in:

The 1st park in Ukraine – the oldest park of Ukraine was created in the second half of the XVI century – the Jesuit Park, now called Ivan Franko Park.

The 1st printed book in Ukraine – in 1574, Ivan Fedorov published “Apostol” (The Apostle), the first book printed in Ukraine

The 1st brewery in Ukraine – the first brewery of Ukraine opened its doors in 1715. The first mention of these breweries dates back to 1425.

The 1st monument in Ukraine – the first monument dedicated to the Polish Hetman (chieftain), Stanislav Yablonovski, was erected in Lviv at the beginning of the XVIII century.

The 1st kerosene lamp in the world – in 1853, the first oil lamp in the world was invented in the Lviv pharmacy called “Pid Zolotoyu Zirkoyu” (Under the Golden Star) by chemists, Johan Zeg and Ignatsy Lukesevych.

In 1859, the first railway tracks were laid from Peremyshl to Lviv, a distance of 97.6 km.

The 1st hockey match in Ukraine – the first hockey game in Ukrainian history was played in Lviv according to international rules in 1905.

The 1st hockey match in Ukraine – the first hockey game in Ukrainian history was played in Lviv according to international rules in 1905.

“Lviv Polytechnic University” the 1st technical university – is one of the oldest technical schools and the first on Ukrainian land.

The 1st ferroconcrete bridge in Europe (1892) – the firm of Ivan Levynskyi was the first which applied ferroconcrete constructions in building. (Lviv Opera House, The main railway station).

There is no other city in the world like Lviv, as the centre of the city lies on the European watershed, which divides rivers flowing into the Baltic Sea and Black Sea (correspondingly the Bug River and the Dnister River).

Situated in the area of Main Railway Station springs and streams flow into the Black Sea; whereas water streams from other areas of Lviv belong to the basin of the Baltic Sea. There is no river in Lviv but the Poltva, a tiny, and underground from 19th century, stream, which connects Lviv with a far away Baltic Sea.

A historical part of Lviv is in the valley of the Poltva River, which is encircled by hills, and where three geographical zones with their specific nature features meet: Roztochhia, Podillya, and Pobuzhzhia. You can see it with your own eyes from the viewing point of the High Castle site, where nearly the whole city is down before you.

Lviv today is a geographical, cultural, educational, economic centre of the region, which encompasses 20 areas (rayons). Lviv is also a centre for high quality services; the city has been using old traditions of trade and mediation, which have become the destination of the city at the crossroads.

Lviv, founded around 1250 on a hill above the Poltva River by king Danylo of Halych, and named after his son Leo, quickly grew into an important trade centre on the crossroads between East and West, South and North.

At the break of 14th and 15th centuries Lviv was a major transit point: via Lviv oriental goods came to Baltic countries and Nurnberg, whereas merchants from Hungary brought wine to sell to Istanbul and Asia Minor.

During centuries Lviv used to be both a receiver and sender all the valuables coming from the East, mainly from Middle East, from Persia, Armenia, Turkey, Greece, Italian colonies. Via Lviv in different directions caravans with spices, wax, vine, fur, silk, fabrics were coming.

The goods, stored in Lviv, were available only for Lviv based merchants and citizens, and the city received its revenue due to taxes and accommodation for merchants. It is in the times of the economic flourishing that the most prominent buildings were built. 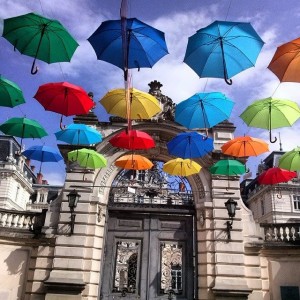 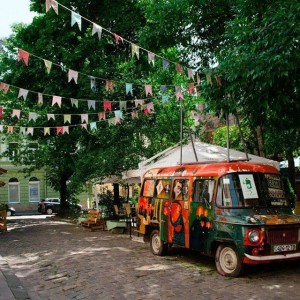 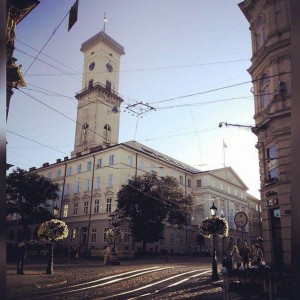 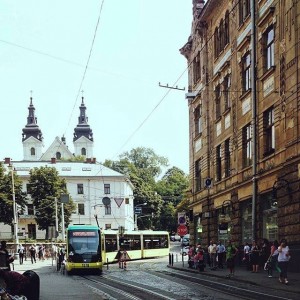 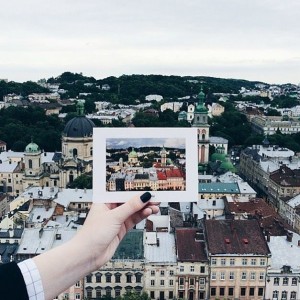 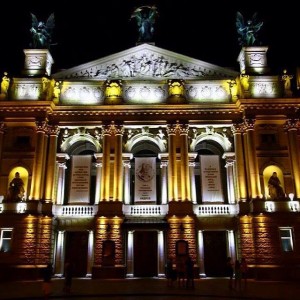