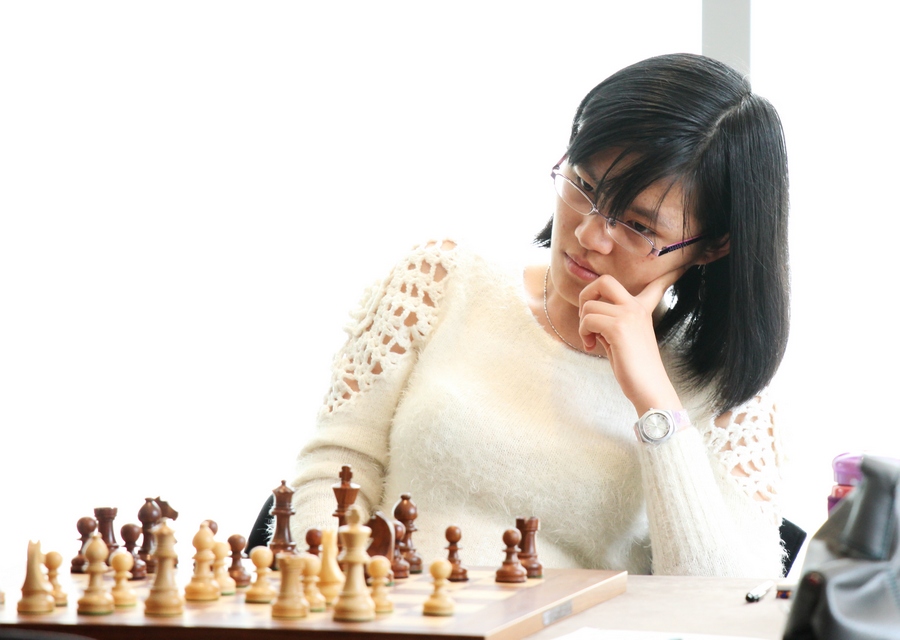 Hou Yifan (born February 27, 1994, in Xinghua, Taizhou, Jiangsu, China) is Chinese chess player, two-time Women’s World Chess Champion, the youngest ever to win the title, as well as the youngest female player ever to qualify for the title of Grandmaster.

Hou Yifan started playing chess regularly at the age of 6, but was already fascinated with the game when she was 3 years old. Hou’s father, Hou Xuejian, a magistrate, often took his young daughter to a bookstore after dinner. He noticed that the little girl liked to stare at glass chess pieces behind the window. He later bought his daughter her first chess set. The 3-year-old was able to beat her father and grandmother after a few weeks. In 1999, her father engaged a chess mentor, IM Tong Yuanming, for his 5-year-old daughter. Tong later said that Hou was an unusual talent, showing “strong confidence, distinguished memory, calculating ability and fast reaction.” The young girl’s talent impressed many people.

In order to better support her chess career, her family relocated to Beijing in 2003. At the age of 12, she became the youngest ever player to participate at the FIDE Women’s World Championship (Yekaterinburg 2006) and at the Chess Olympiad (Torino 2006). In June 2007, she became China’s youngest ever National Women’s Champion.

In 2010, she became the youngest World Chess Champion in history (men’s and women’s!) by winning the Women’s World Championship in Hatay, Turkey at the age of 16.

Hou became a winner of Women Grand Prix 2010-2011 and defended her world champion title in the Women’s World Chess Championship Match against Koneru Humpy in Tirana (Albania) in November 2011.

In November 2012 she was surprisingly knocked out by Monika Socko in the second round of the Women’s World Chess Championship 2012.

Nevertheless, as the winner of FIDE Women’s Grand Prix 2013–14 she gained the right to participate in the World Championship match against current World Champion Maria Muzychuk from Ukraine.

Hou Yifan contributed in success of the Chinese national women’s team which became three-time winner of the World Women Team Championships in 2007, 2009, 2011

At the 1st World Women’s Team Chess Championship in Yekaterinburg (Russia) in 2007, Hou was part of the winning China national team that also included Zhao Xue, Ruan Lufei, Shen Yang, and Huang Qian. Hou Yifan played on board two in every round and scored 7½/9 (+7 =1 -1), winning the gold medal for that board. Her performance rating was 2559.

At the 40th Chess Olympiad held in Istanbul, Turkey from August 27 to September 10, 2012, Hou Yifan led the Chinese women’s chess team to a second place, silver medal. She, herself, won the gold medal for individual performance on board 1 with a 2645 TPR, 6.5/9 score (+4, =5). During the competition she was also presented with the Caissa Cup, which honors the female player with the best chess results during the year.

In January 2011, Hou Yifan was recognized as the best Sportsperson of the Year in China involved in a non-Olympic sport.