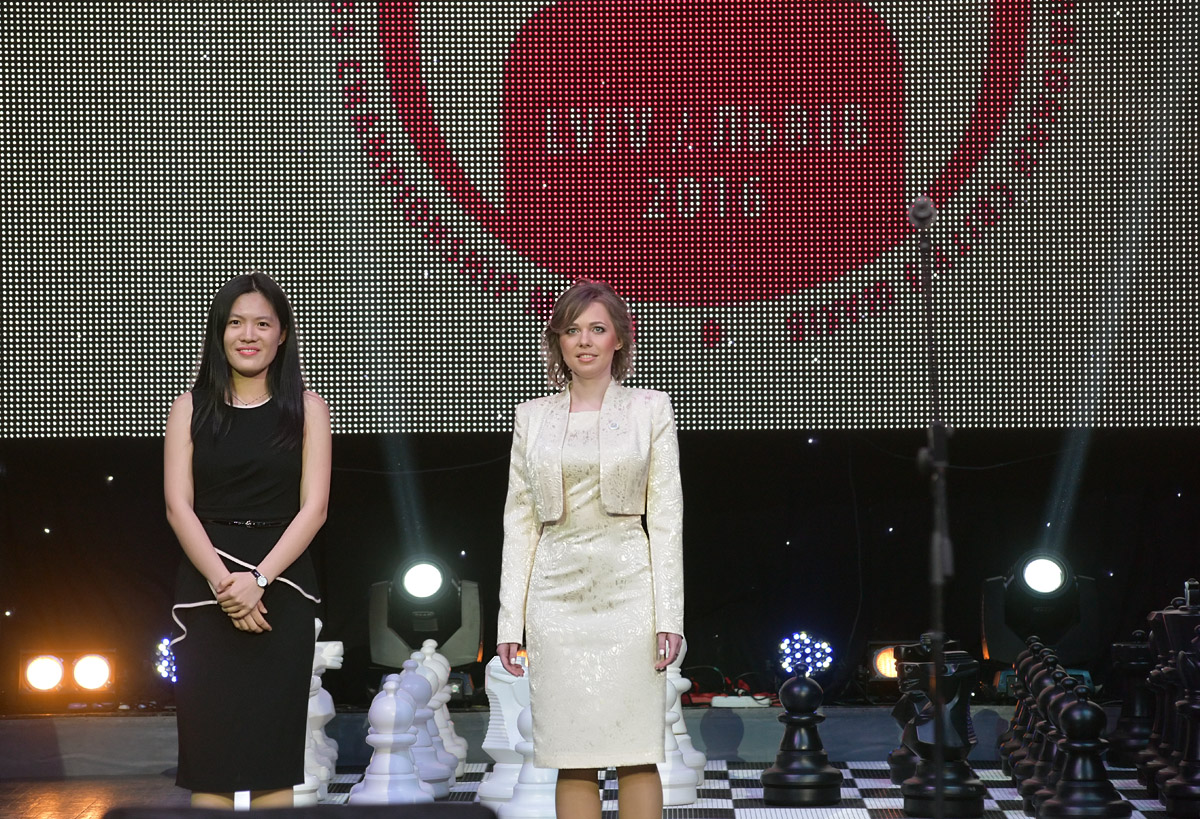 For the first time in the history of Ukraine Lviv hosts the most remarkable chess event – FIDE Women’s World Chess Championship Match. The World Champion Mariya Muzychuk (Ukraine) will ‘fight’ for golden chess crown against the challenger, Hou Yifan (China) on March 1-18, 2016. 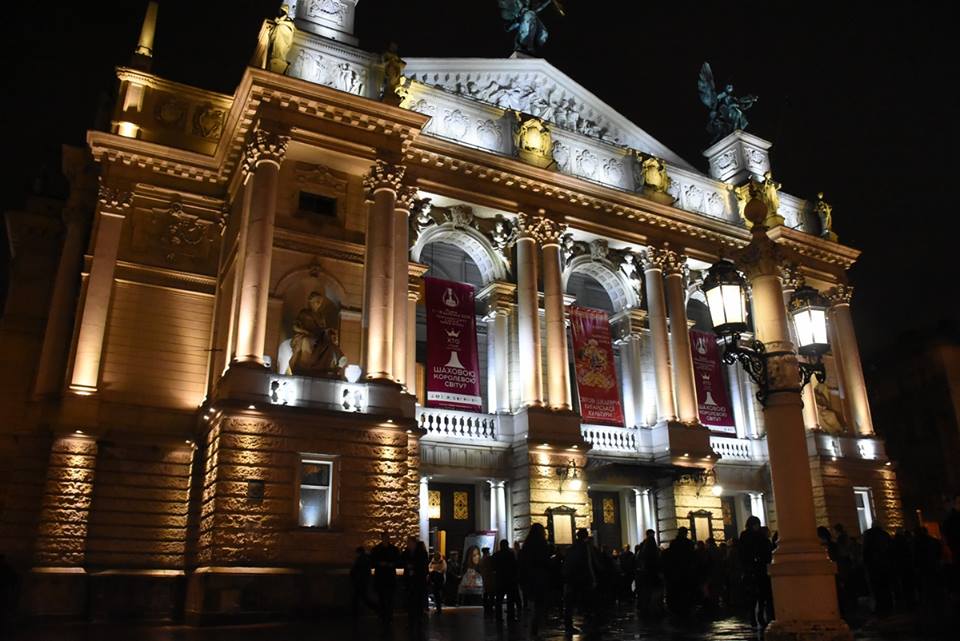 “For the first time in the history of our city we have a great honour to open FIDE Women’s World Chess Championship Match at the presense of all state officials. So let justice and fairness to win”, wished Mayor of Lviv Andriy Sadovyi.

“I can say that finally I’m aware that the first game will start tomorrow. We have been preparing for this match for a long time, and everyone wants it to start soon”, said Mariya Muzychuk.

“I’m glad to see there are so many chess fans. I wish you a great evening and good impressions of this event”, said Chinese GM Hou Yifan.

The drawing of the color of the first game was the important moment of the ceremony. The Chief Arbiter of the Match Carol Jarecki offered the players to clarify the order of who can choose the color first. Hou Yifan choose the number one in envelop and that meant she was the first one to choose a color from two souvenir Easter eggs, which hided black and white pieces inside. Hou Yifan got a black piece – this means that the World Champion Maria Muzychuk will have white pieces in the first game.

‘I’d like to say thank you to Lviv for perfect organization. These both women have devoted all their lives to achieve so great results. Both of them are the World Champions,’ said the Chief Arbiter of the Match Carol Jarecki. 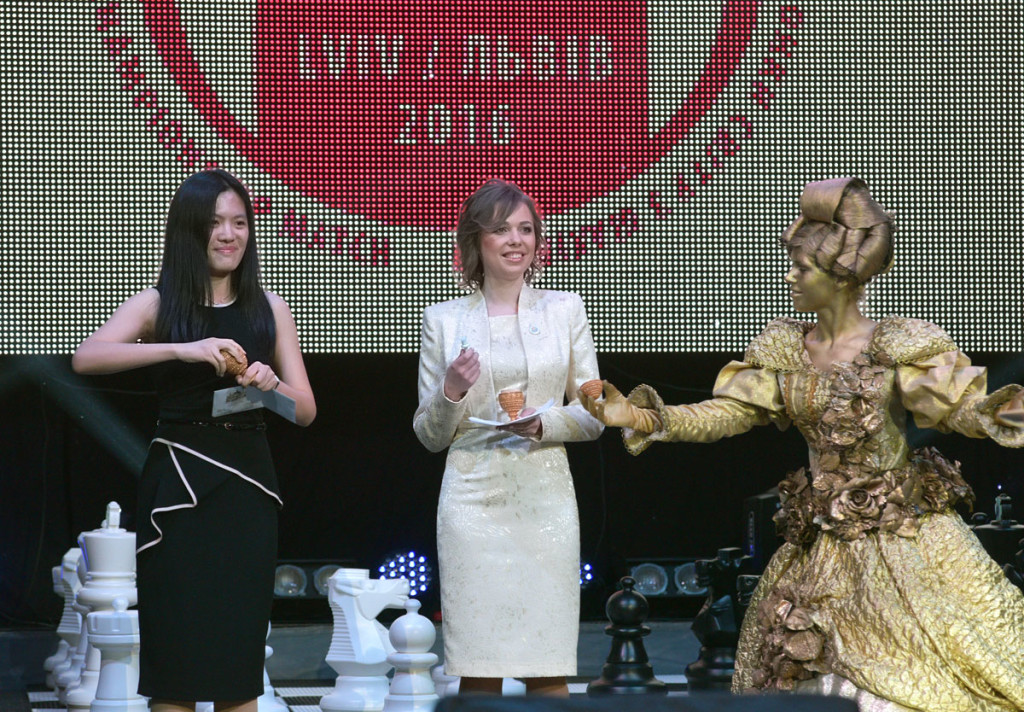 Lviv Mayor Andriy Sadovyi addressed the audience with a welcoming speech and thanked to Mariya Muzychuk for the right to host this remarcable chess event in Lviv.

’It was a long, but extremely interesting way. I would like to say thank you to Mariya Muzychuk for the right to host World Championship Match in Lviv. I’d like also to thank Hou Yifan for the wonderful comments about the city of Lviv. It’s a great honour for the city to become a world chess capital and to choose chess queen’, said Andriy Sadovyi. 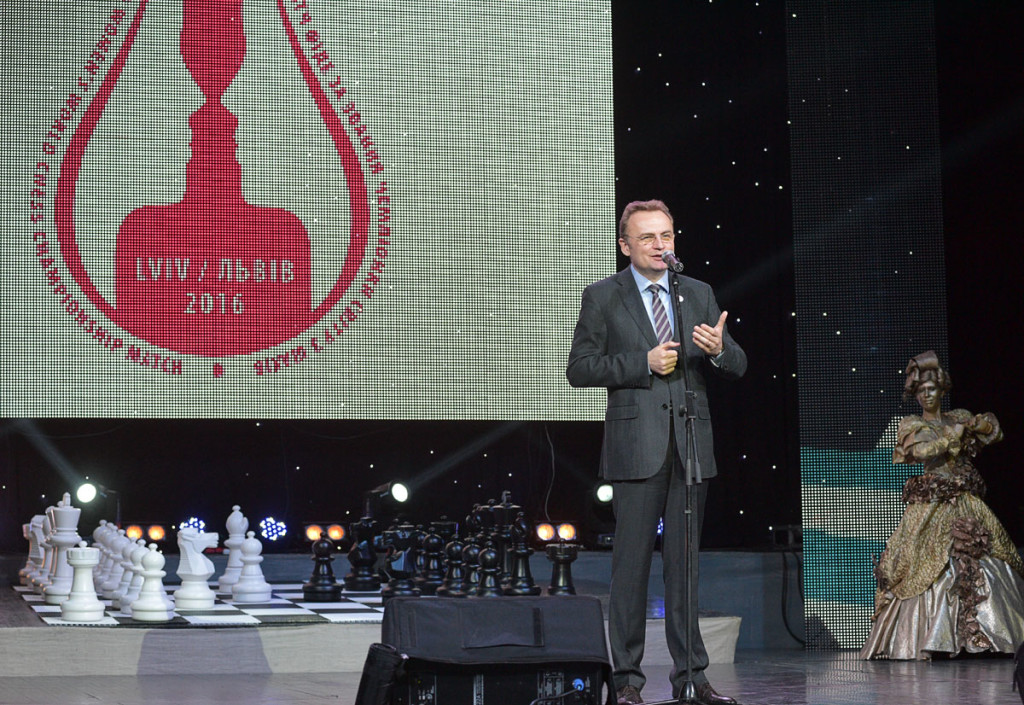 In the program there was also the concert of famous Lviv artists interspersed with the greeting of the country and city’s officials. 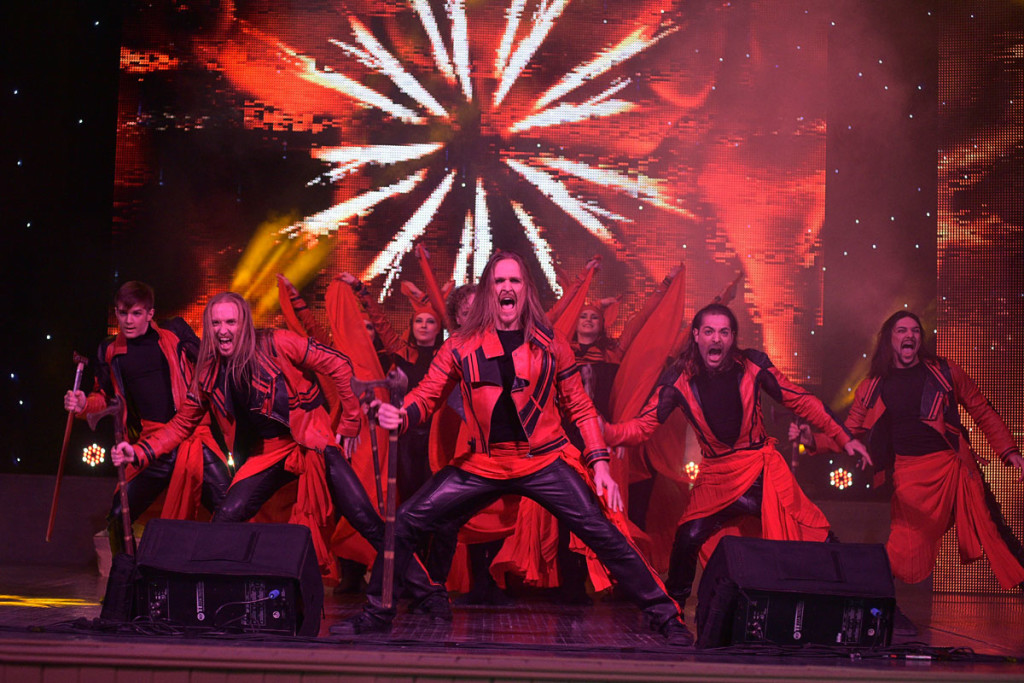 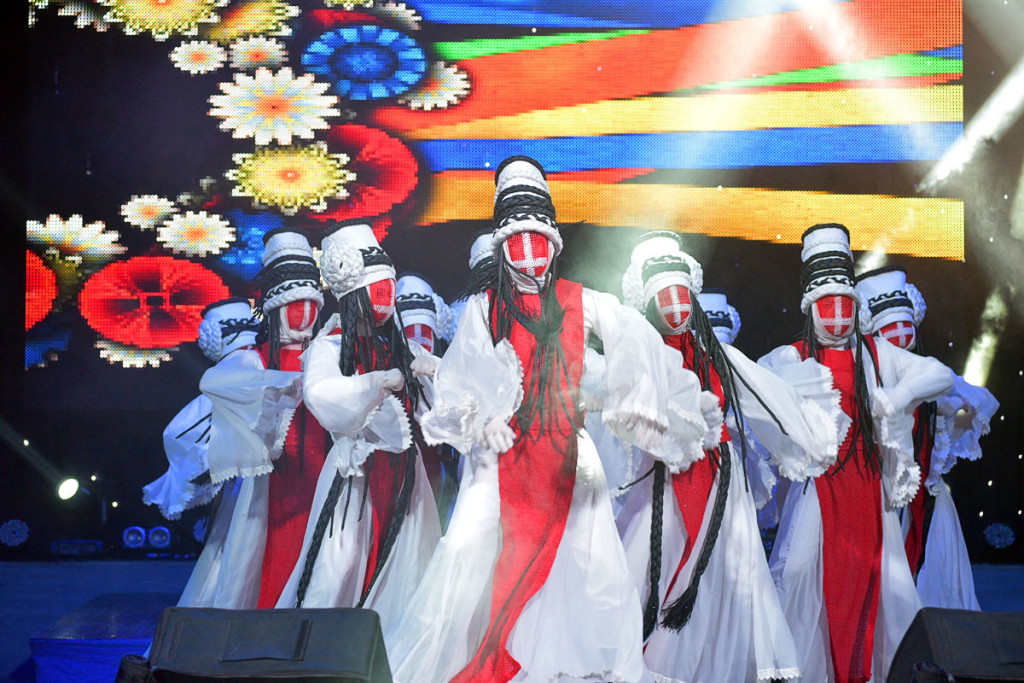 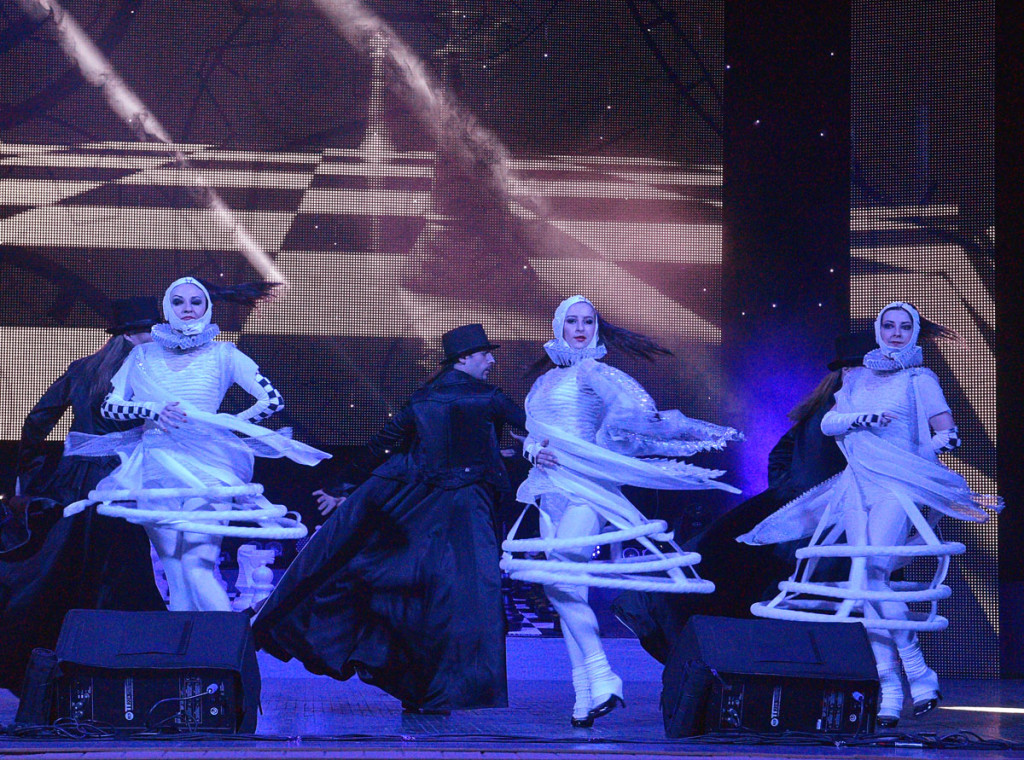 ‘We have already came to the moment when the Match is about to start. After Mariya won the title we understood it would be great if Lviv hosted the Match. The city has made a huge work to organize the event,’ said Olexandr Kapustin, President of the Chess Federation of Ukraine.

The opening ceremony included choreographic and singing performances that attached a very good mood to the participants and guests of the tournament. 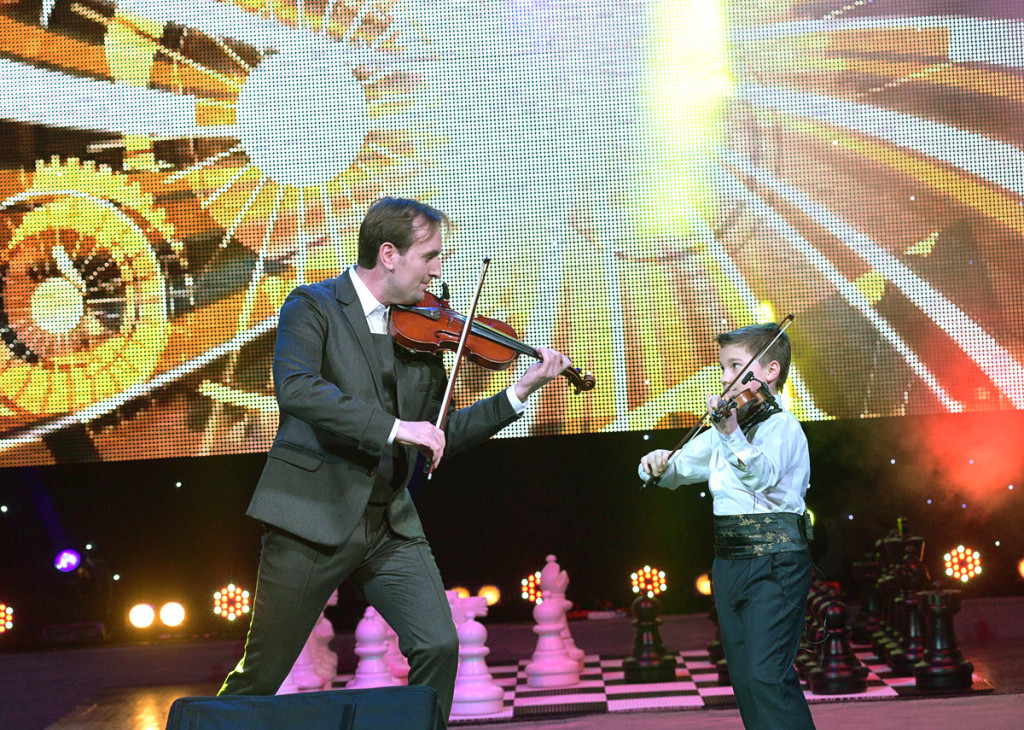 Olexandr Bozhyk with his son 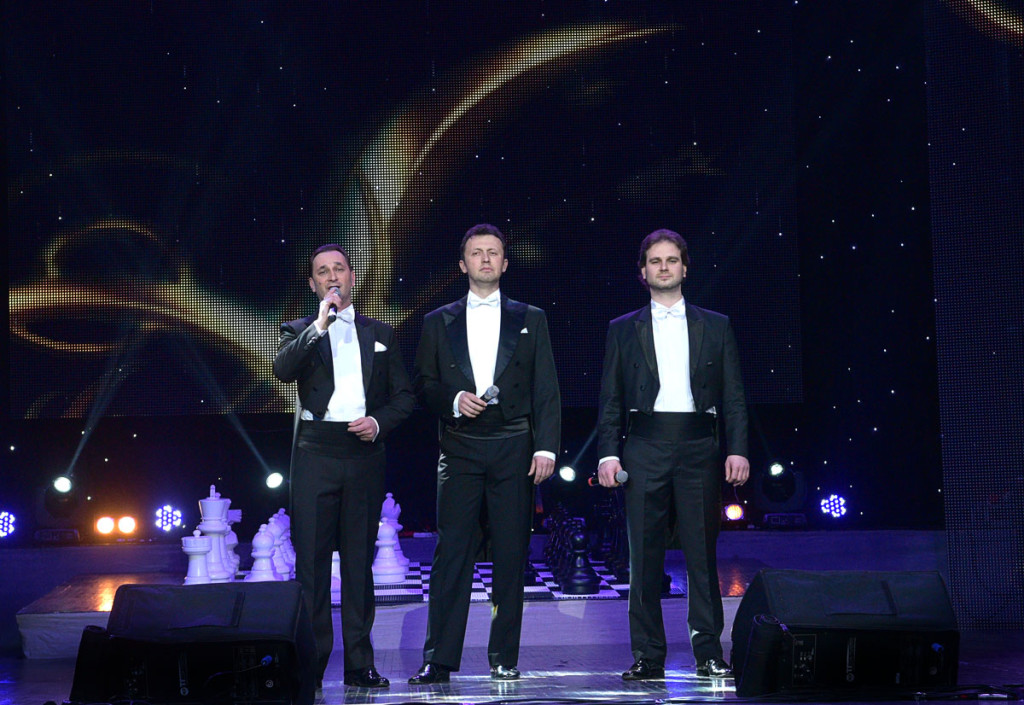 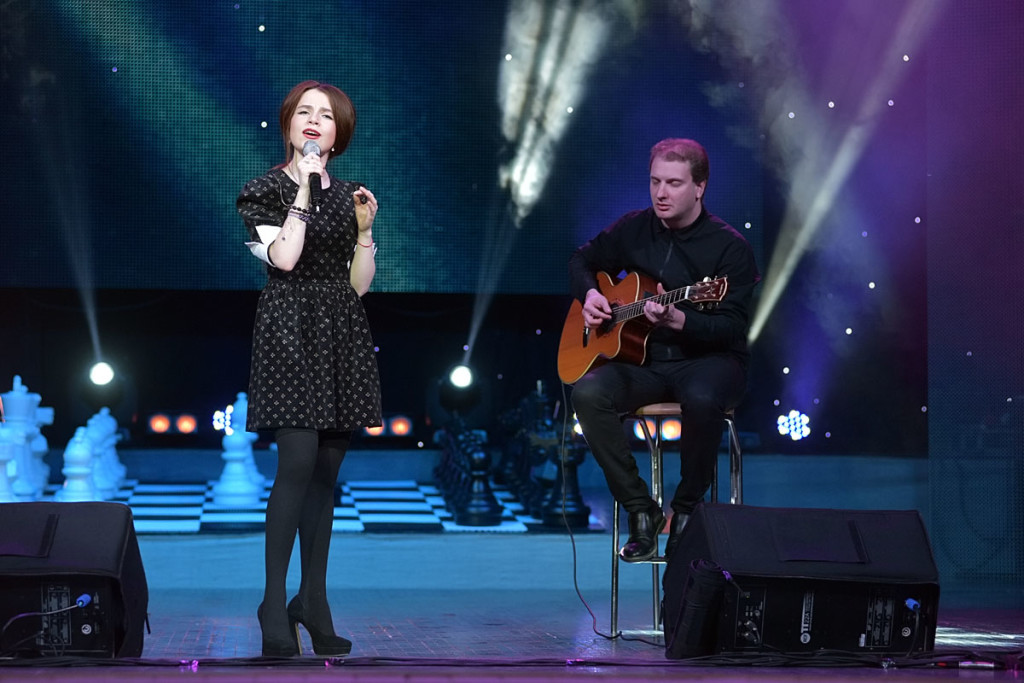 ‘Tomorrow we are expecting an exciting fight. Chess is not only a sport but also an art. It has a high spiritual and cultural level. And I’m sure this Match will attract not only Lviv and Ukraine, but also the whole world’, added Olexandr Kapustin.

The opening ceremony of the Women’s World Chess Championship Match was finished with a street performance of Voskresinnya Theater – a fiery performance, which represented a mix of Ukrainian and Chinese cultures. The actors were playing chess on stilts and had black and white costumes.

‘We (in FIDE) are convinced that Chess Federation of Ukraine with the support of Lviv city council could host other chess events and make Lviv a chess capital of the world’, said Georgios Makropoulos. 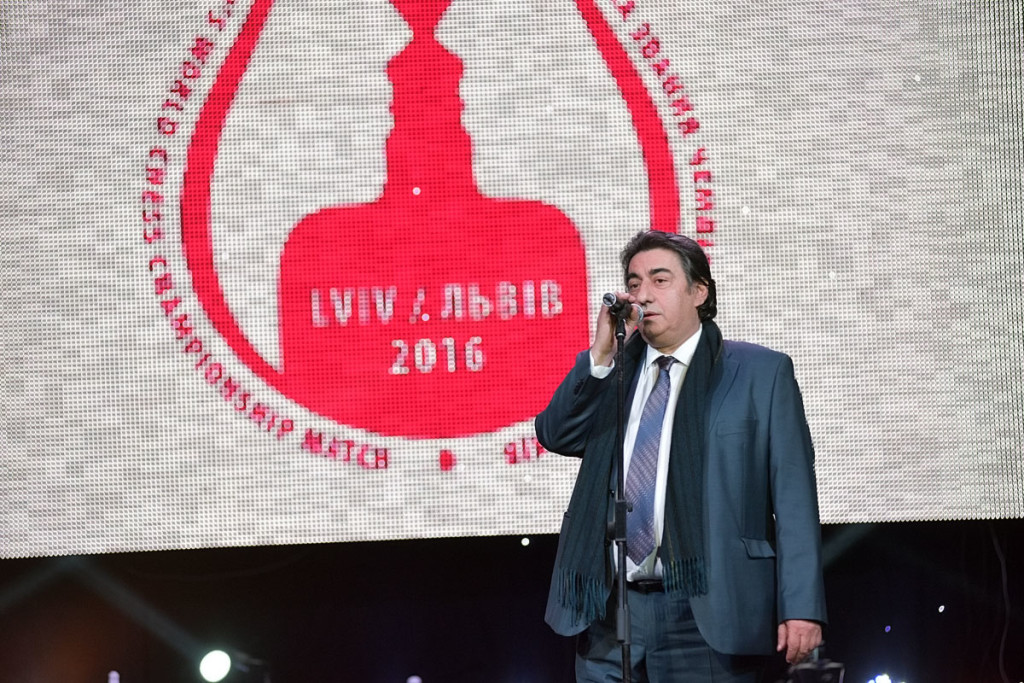 FIDE Deputy President Georgios Makropoulos thanked Lviv City Council and other local authorities for the organization of the Match and greeted the participants.

“Both chess players represent the countries with extremely strong chess schools. Both, Ukrainian and Chinese women players won all existing chess titles… We believe that during these difficult times, difficult not only for Ukraine, but also for other countries, including my native Greece, chess are very important. And thanks to chess there will be the right people who will make the right decisions in the future”, added Georgios Makropoulos.

Before the opening ceremony the procedure of the postmarking of a postage stamp featuring the logo of the Match was held. 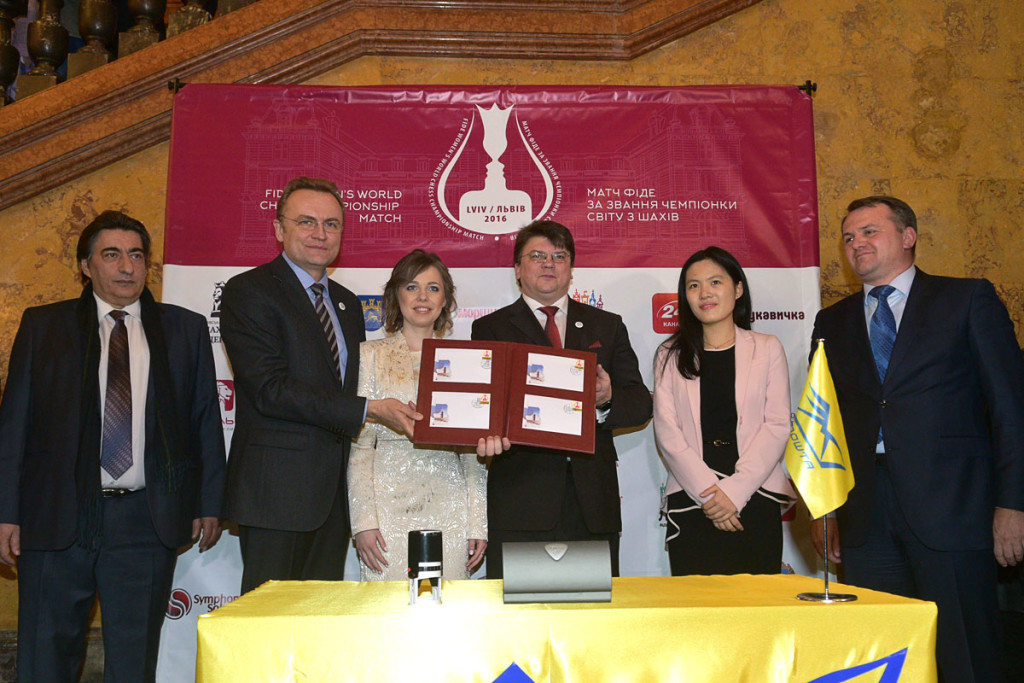 The first move in first game will be made by Mayor of Lviv Andriy Sadovyi. The first game is scheduled to start at 3 pm local time on 2nd of March 2016 in the Potocki’s Palace (Lviv, Ukraine). Chess fans can watch the games on-line at official web site lviv2016.fide.com.