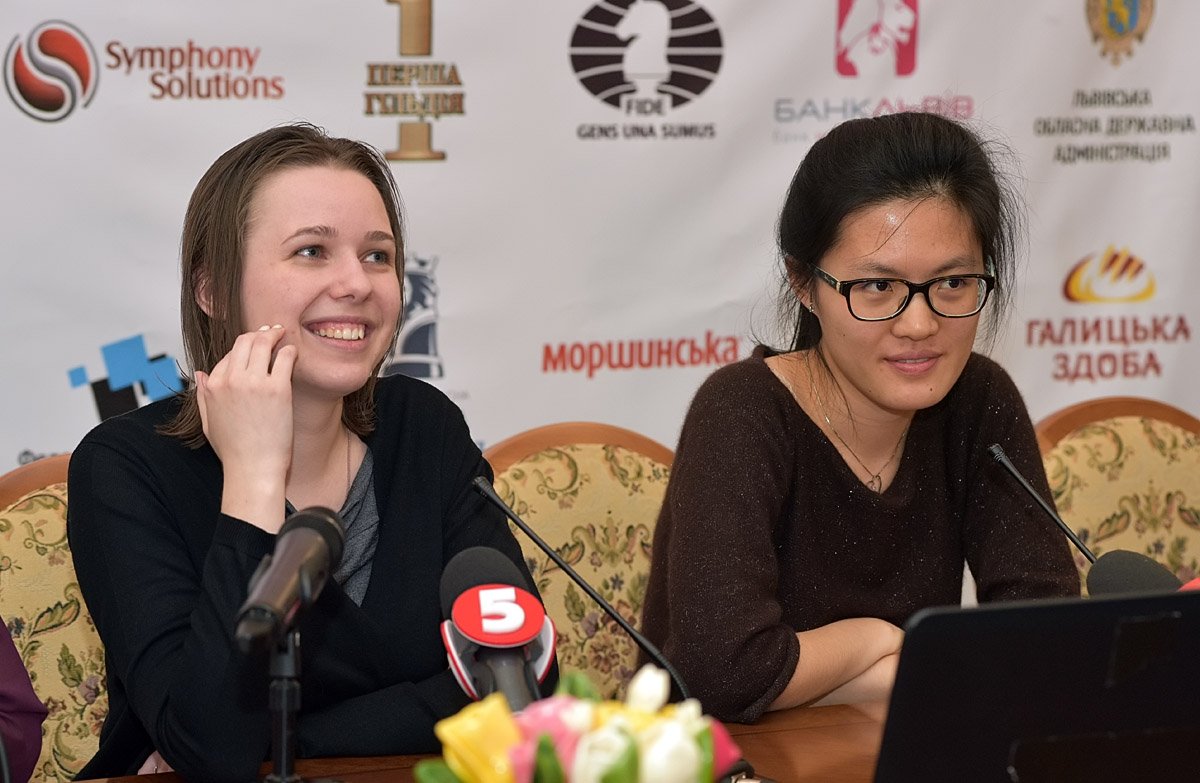 The fifth game of the Women’s World Championship Match has finished in a draw after 3 hours of play. The score in the Match is 2-3 in a favor of the Challenger. 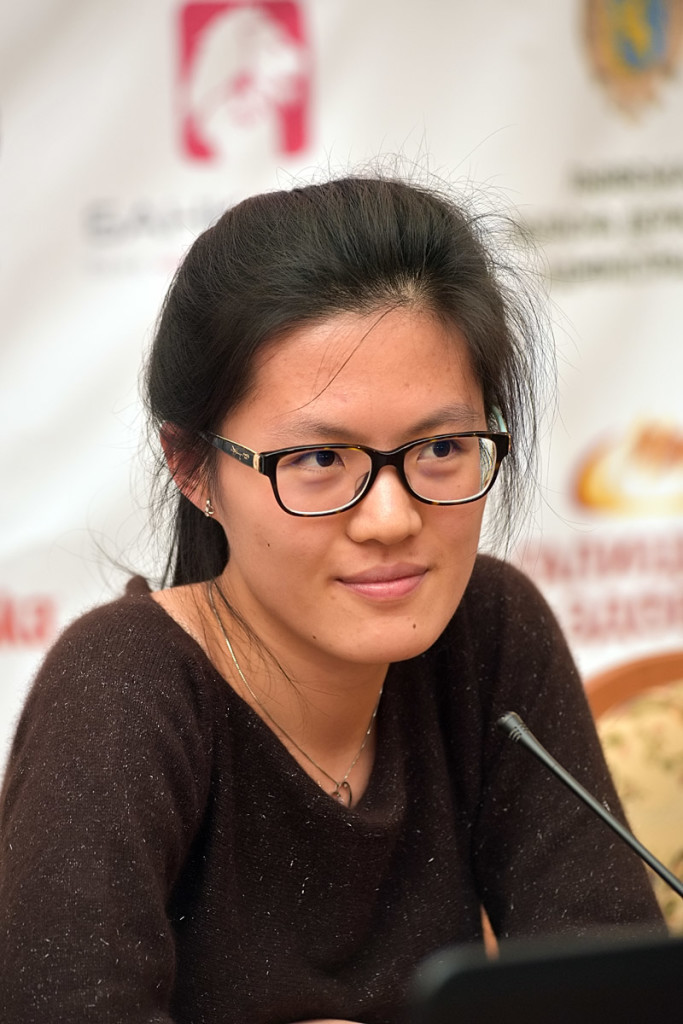 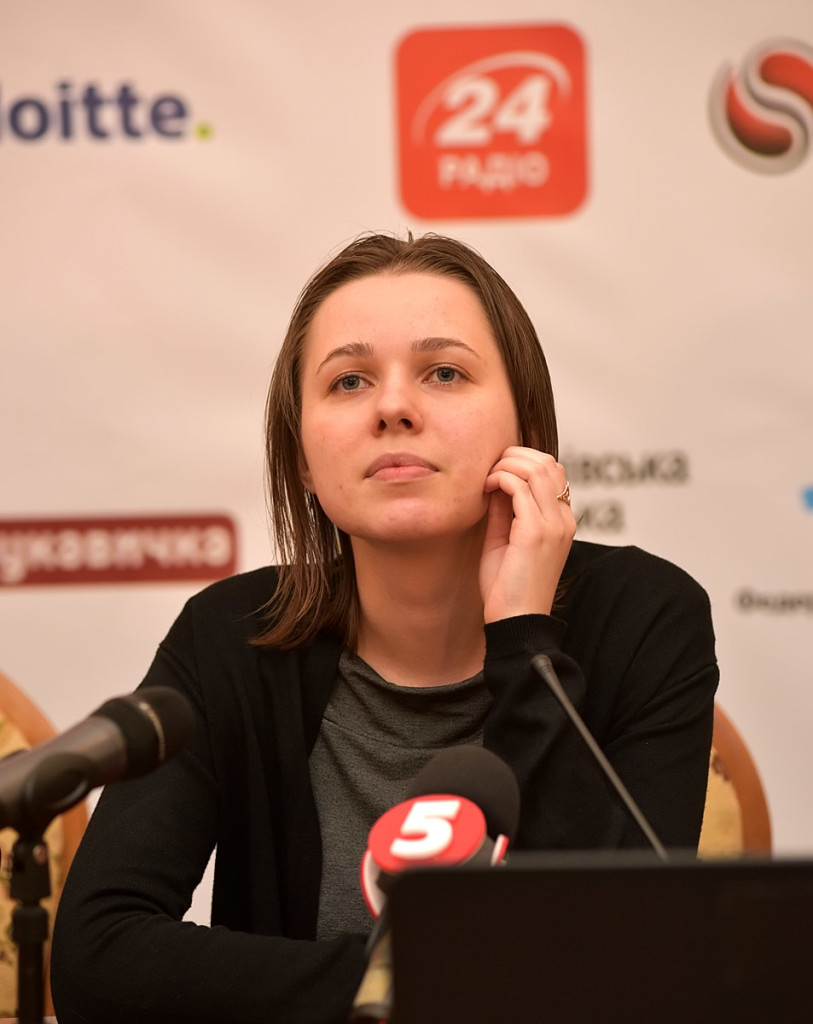 Hou Yifan had white pieces for the second time. The measure of changing the colors after the fourth game had a aim to prevent the same player to have white pieces after each of the rest days throughout the match because it might give to one of the players an advantage in preparation.

For the first time in the Match Hou Yifan chose to play 1.c4 and one of the rare lines of the English Opening appeared at the board. According to Maria Muzychuk, Black got quite comfortable position with a slight edge after the opening.

The idea of Black was to double the rooks on e-file and try to use a weakness of e2 pawn. Chinese player decided to simplify the position and after numerous exchanges the game transferred into the equal endgame.