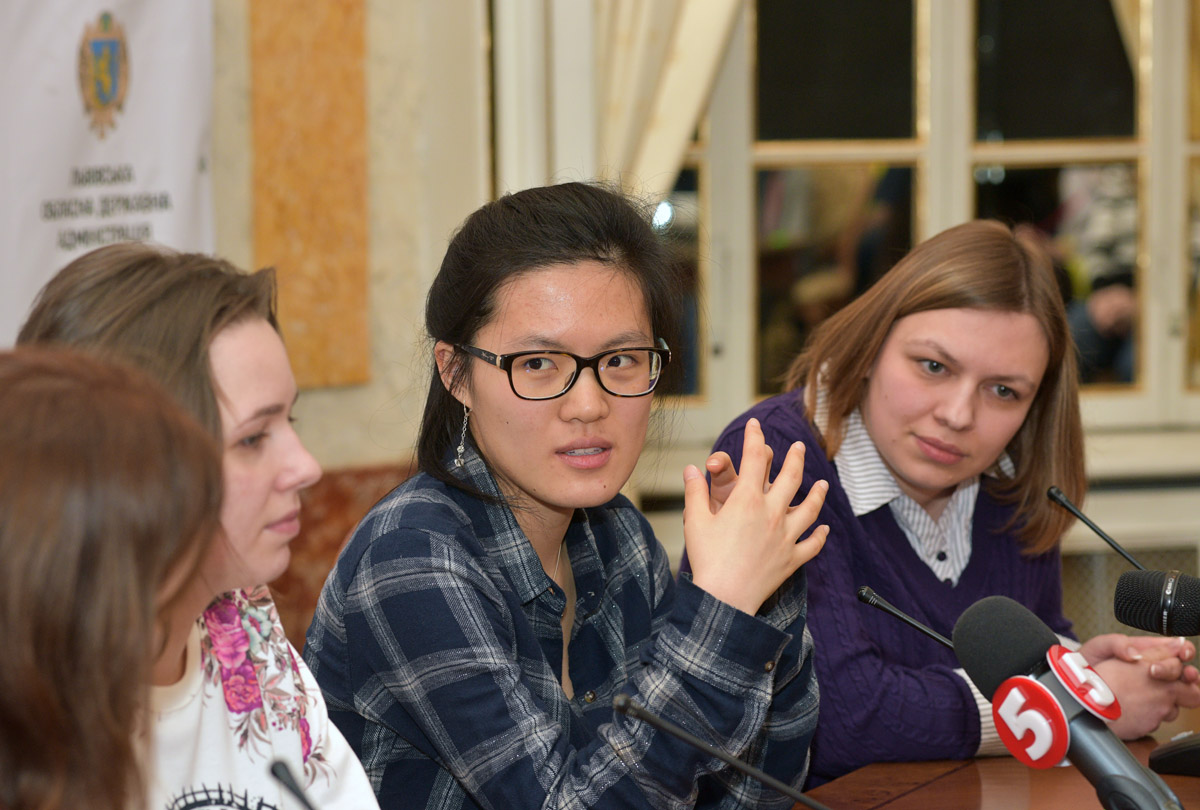 The third game of the Women’s World Championship Match finished in a draw after 3 hours of play and Hou Yifan keeps on leading in the Match with 2:1 score. 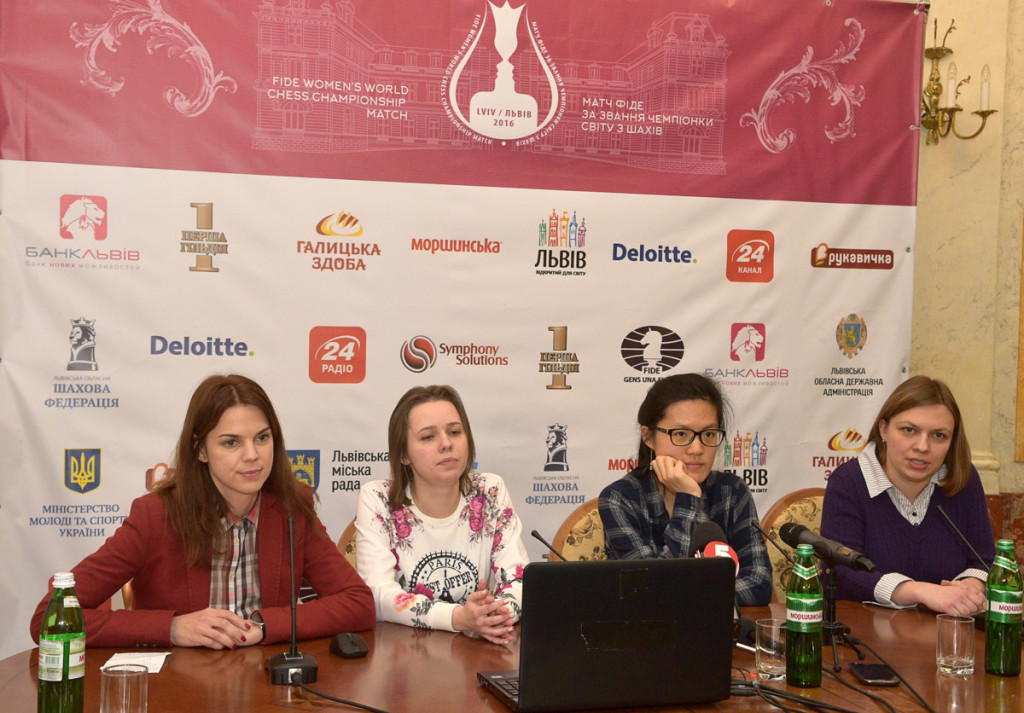 Playing White Maria Muzychuk, switched from her main move 1.e4 to 1.d4, which is relatively rare guest in her games. She went for the Catalan which is considered to be one of the weapon of the champions – very solid opening and quite dangerous for Black. After five moves neither of the opponents have faced the position at the board in their previous games. 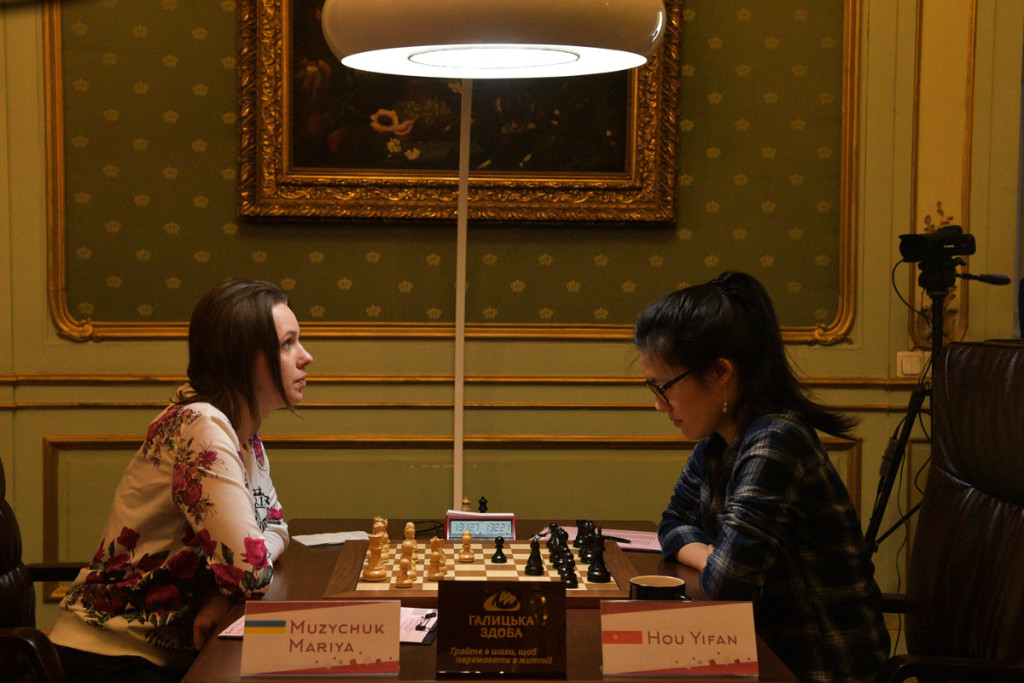 Both players agreed that after the opening White had pleasant edge due to the pair of bishops even though the position was closed. According to the Women’s World Champion, her move 17.a4 led to the concrete position and more quiet 17.Rac1 could have been a better choice. 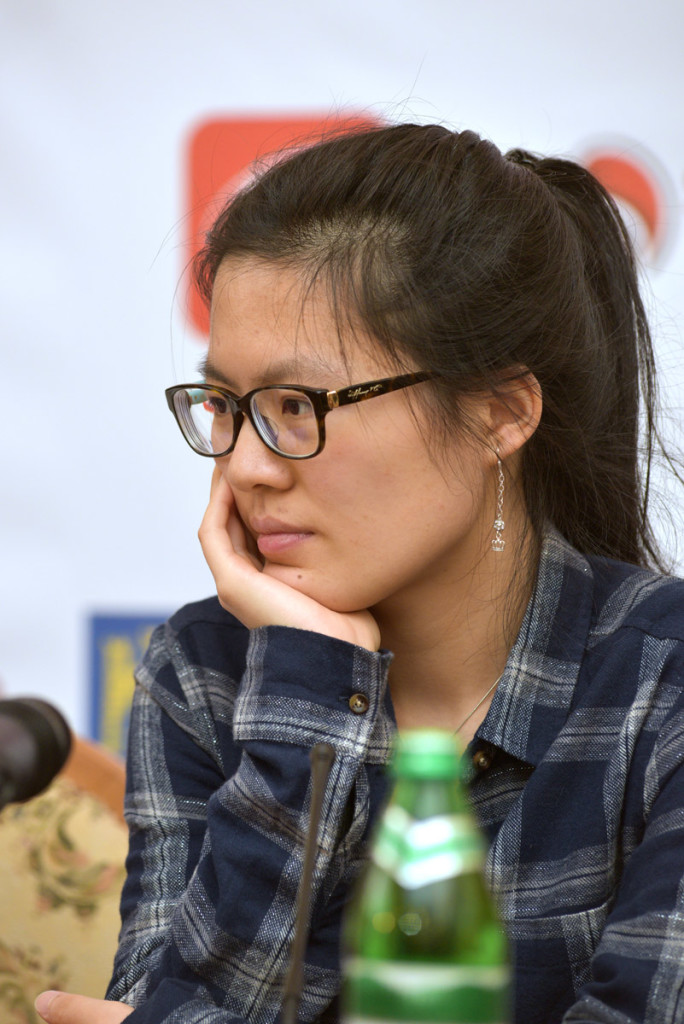 After both queens left the board, White could have tried to play a bit aggressive by pushing g4 on move 23 or 25 but Maria decided it was a bit risky decision in this type of the position. After numerous exchanges the game finished in a draw after move 36. 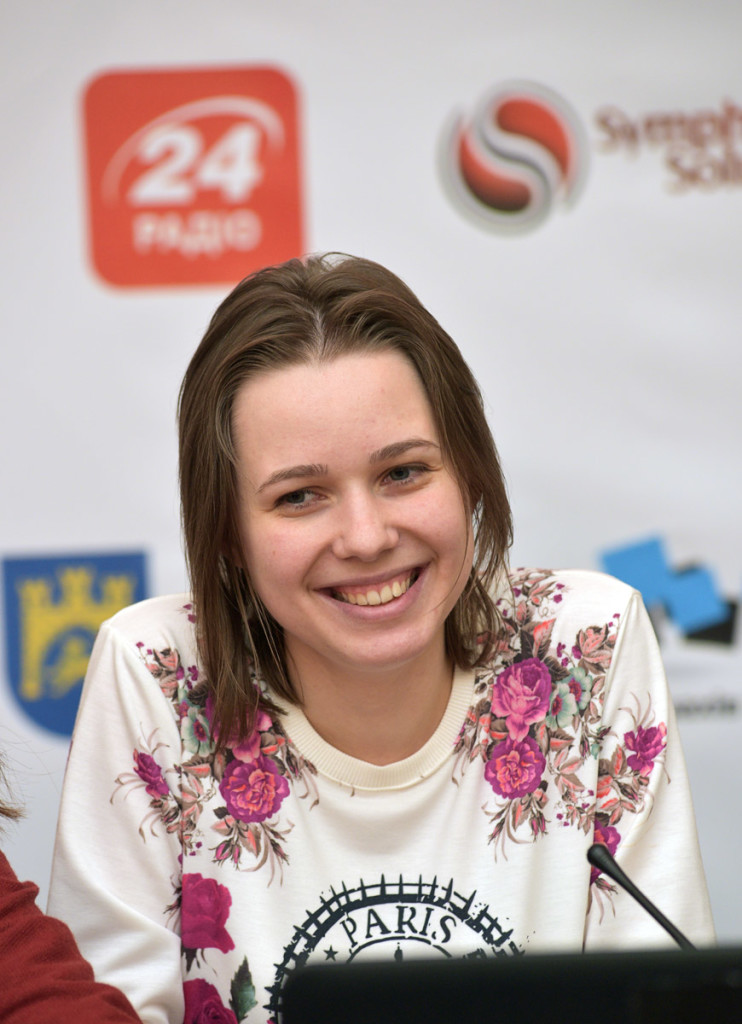 The fourth game of the Women’s World Championship Match will start at 3 p.m. local time on 6th of March. 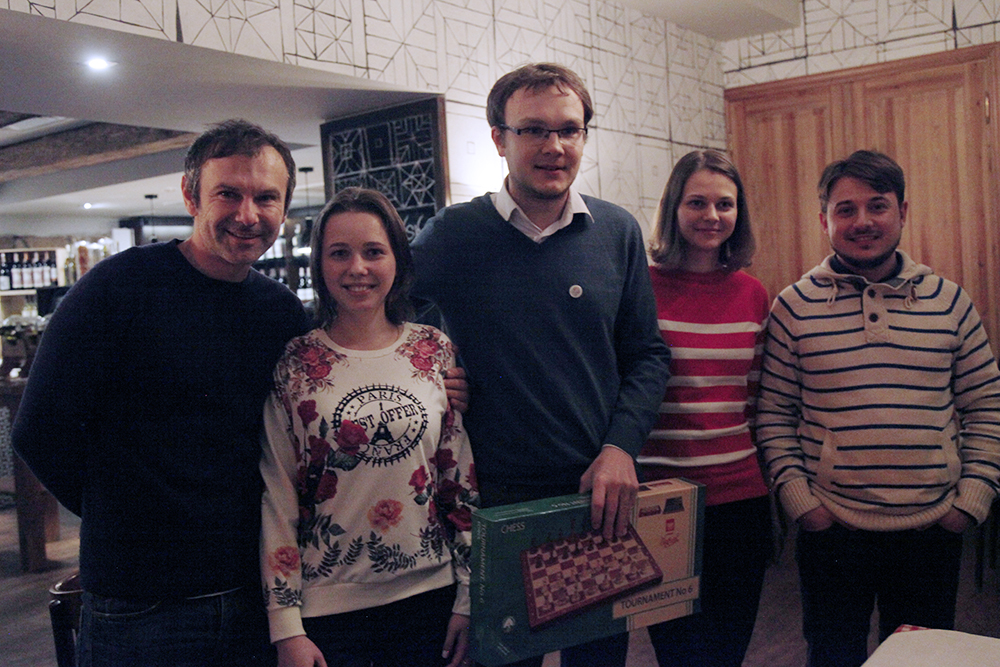 Svyatoslav Vakarchuk, the lead vocalist of “Okean Elzy”, the most successful rock band in Ukraine, came to support Women’s World Champion Maria Muzychuk after the third round of the Women’s World Championship Match.  Vakarchuk is going to make the first symbolic move in the 4th game of the Match and will take part in a short press conference after the start of the game.