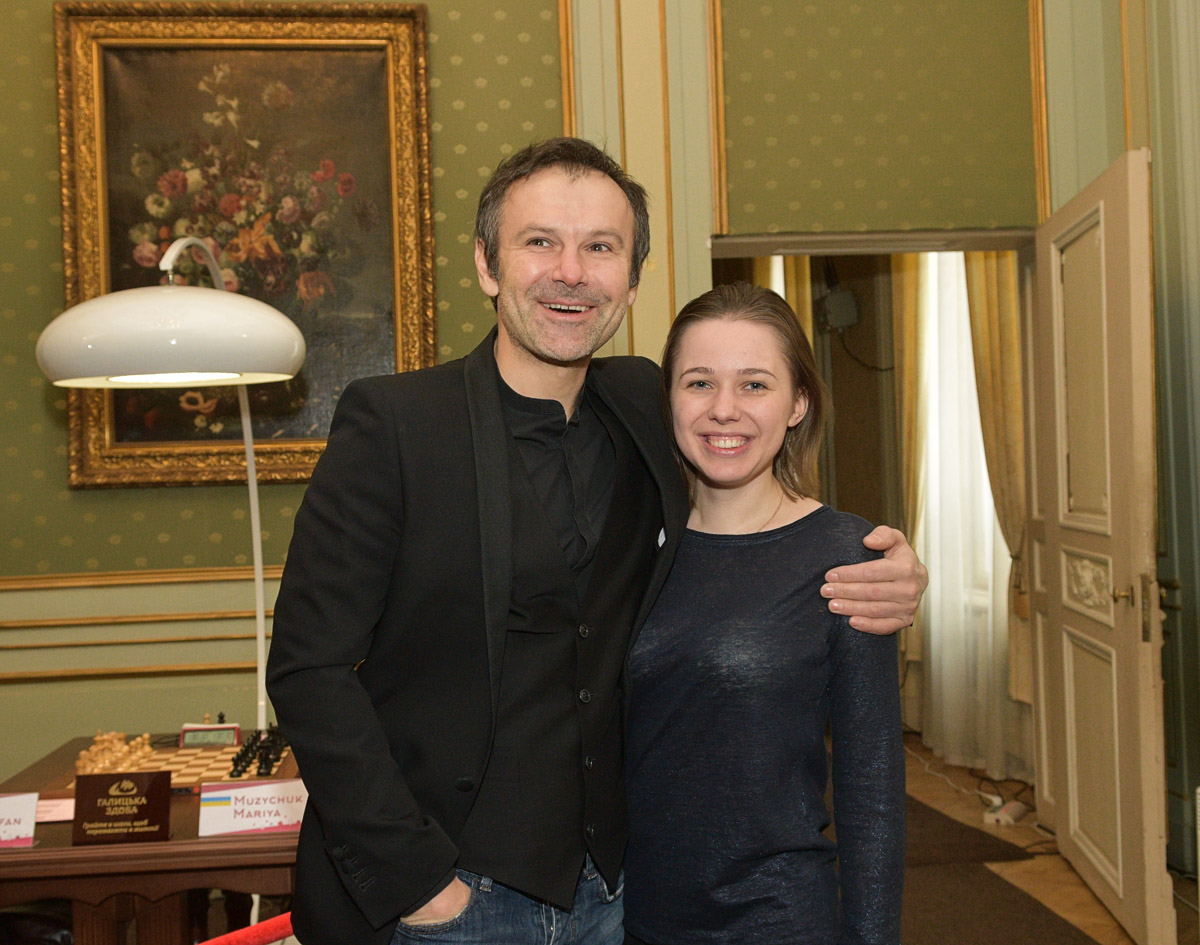 According to a good tradition every round of the Match starts with a symbolic first move made by honorable guests. Today it was a turn for Svyatoslav Vakarchuk, the lead vokalist of ‘Okean Elzy’, the most successful rock band in Ukraine, and his father Ivan Vakarchuk,  a professor of physics at Lviv University and the former Minister of Education and Science in Ukraine. Sviatoslav Vakarchuk made a first symbolic move 1.e4 in the 4th round instead of Hou Yifan and Ivan Vakarchuk answered with 1…e5 instead of Mariya Muzychuk. 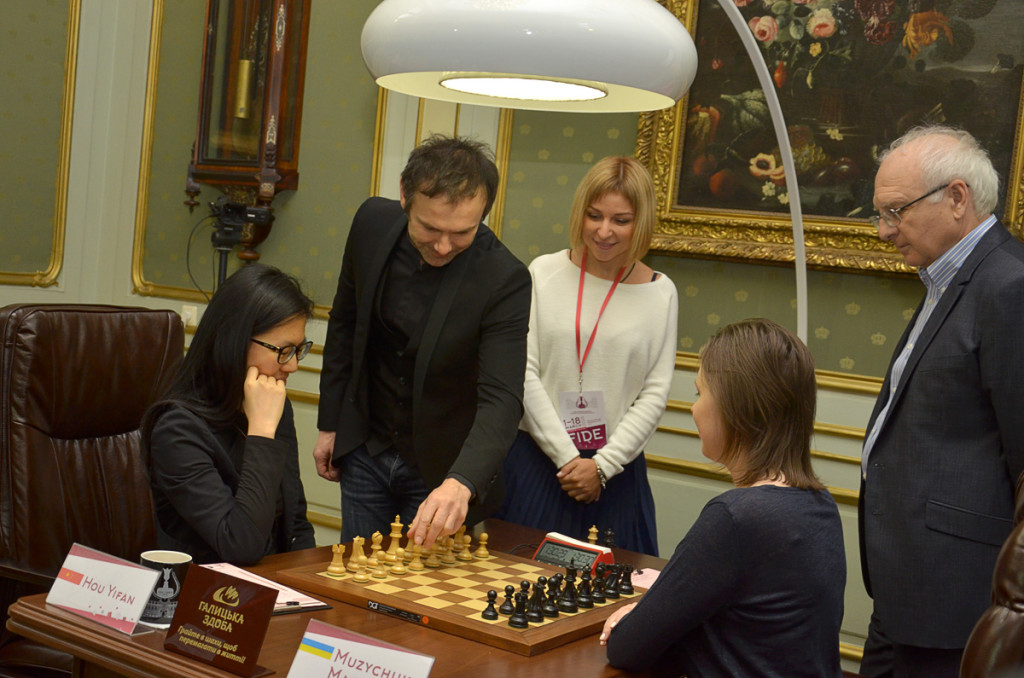 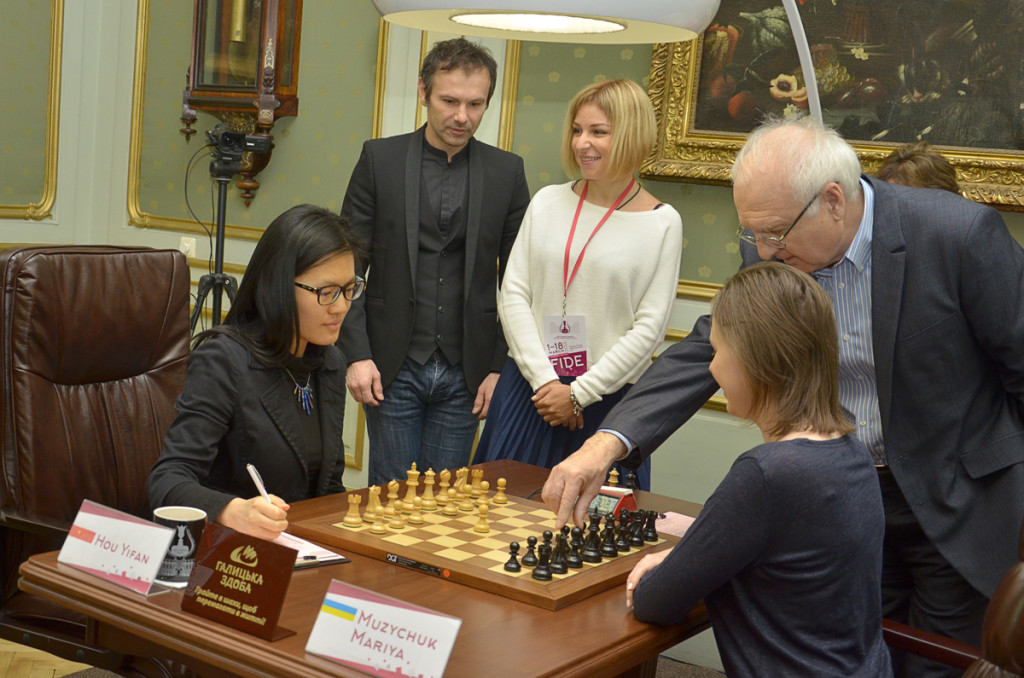 ‘In comparison with these girls, I do not know how to play chess. I just understand how this game is developing. My father has taught me to play chess when I was a little boy. That’s why I know how to play, but the word ‘I can’ is inappropriate when the champions are playing nearby. I wish to Mariya to feel confident. But I think the winner will be the one who desires the victory more. I wish Mariya a strong will to get this victory, so she will be able to do it,’ said Svyatoslav Vakarchuk. 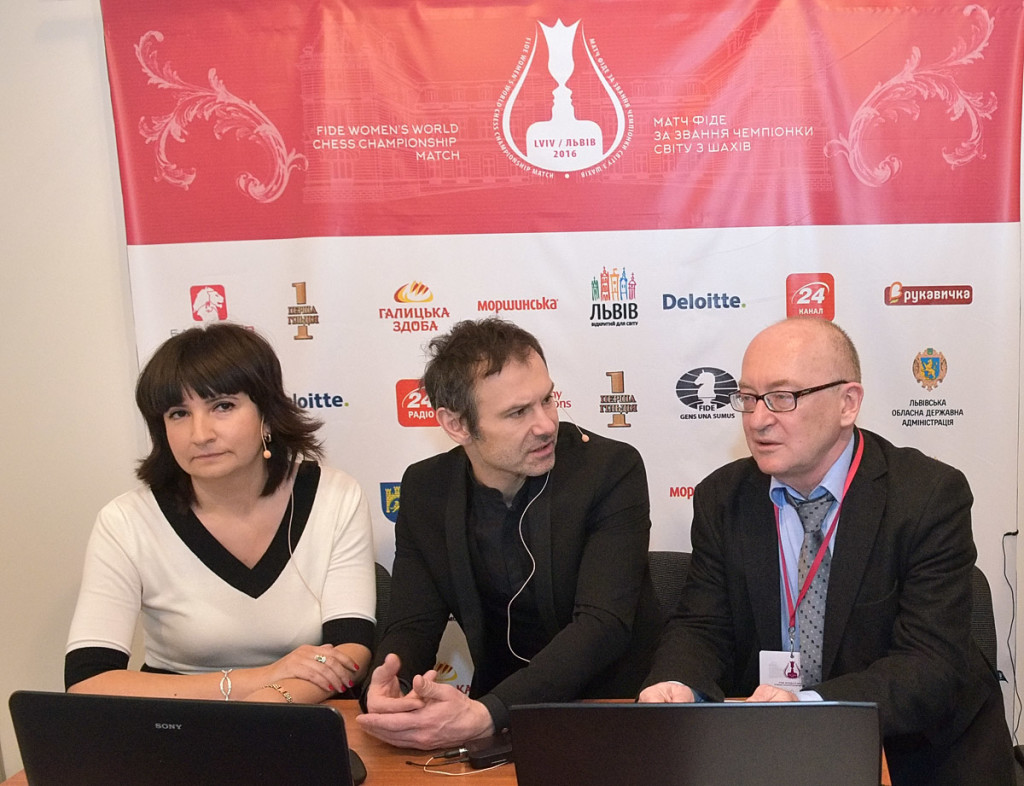 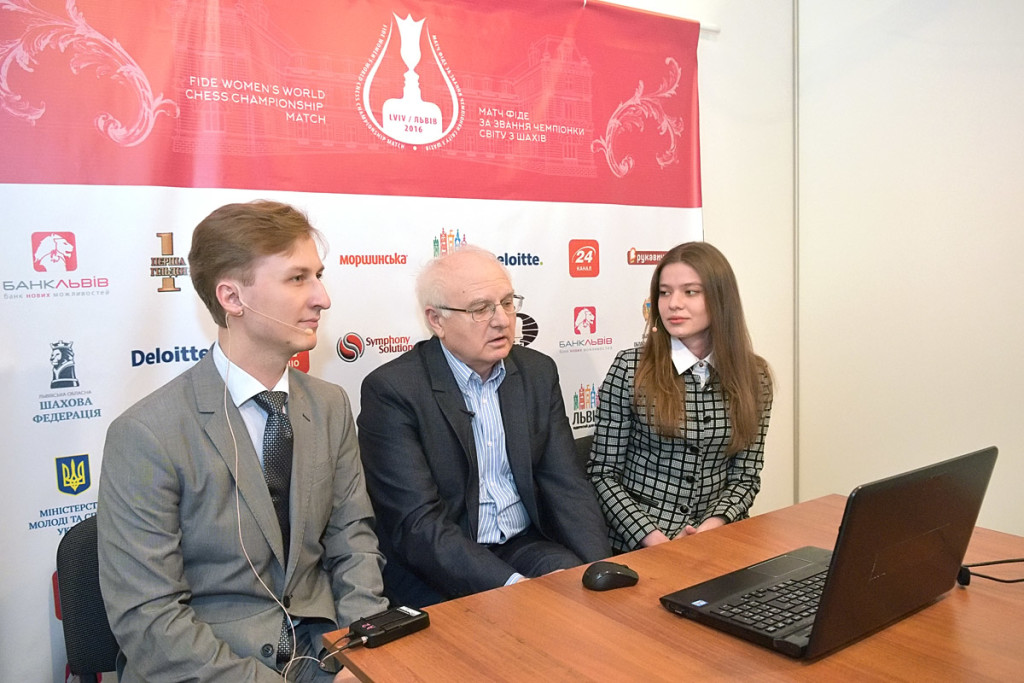 Tomorrow is a day off in the Women’s World Championship Match. On 8th of March the right to make the first symbolic move will have Ruslana Lyzhychko, social activist, famous singer, who is known worldwide as the winner of Eurovision song contest 2004 with the song “Wild Dances”.