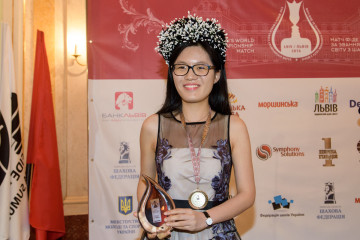 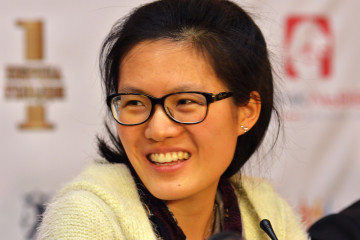 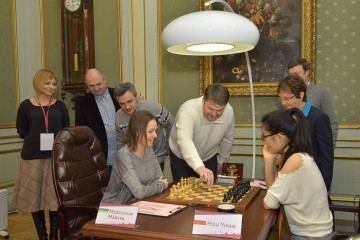 One more draw before the final stage of the Match

The eighth game of the Women’s World Championship Match was drawn after 44 moves and 4 hours of play. Maria Muzychuk, who had white pieces today, managed to get slight edge after the opening and even though Black had to play passively, it was not enough to put too much pressure on her opponent. Women’s… 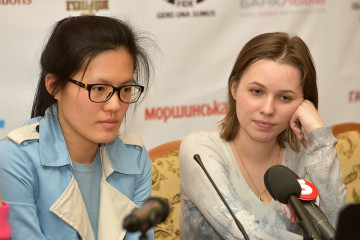 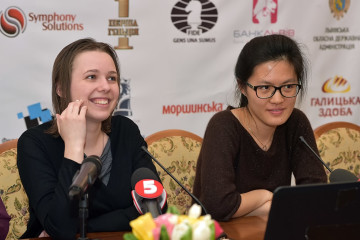 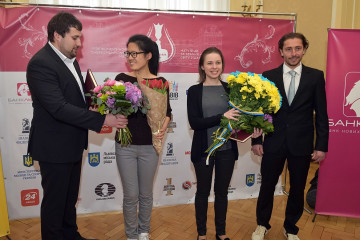 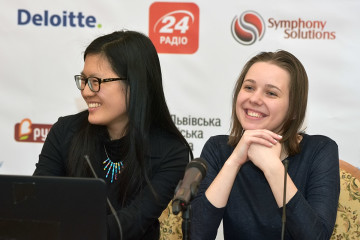 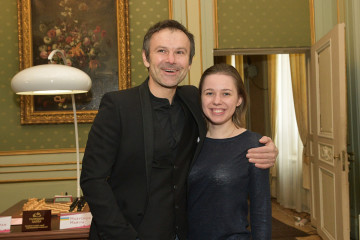 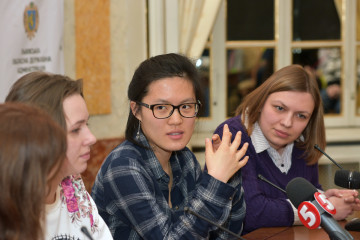 Round 3: a solid draw in Catalan

The third game of the Women’s World Championship Match finished in a draw after 3 hours of play and Hou Yifan keeps on leading in the Match with 2:1 score. Playing White Maria Muzychuk, switched from her main move 1.e4 to 1.d4, which is relatively rare guest in her games. She went for the Catalan… 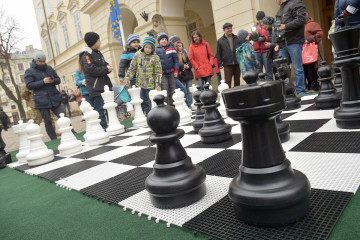 Giant chess in the centre of Lviv

On March 4th, the first free day at the Women’s World Chess Championship Match, a giant chess board with pieces was installed right opposite Ratusha – City Council building. A dozen of children, who are the members of chess in school clubs, performed a master class at a giant board. ‘Every day we are trying…